At the very beginning, God created the family as one of the great building blocks in society. He also established marriage from the dawn of creation, and He officiated at the first ever wedding service. Strong families are foundational to a healthy society. Marriages too are vital, representing the gold standard of commitment. CARE is committed to upholding both.

Our vision is to see society transformed by families being strengthened and more support being given to help couples stay together. We also want to see the current discrimination in our tax system against one-earner married couples with two children ended and marriage made a more financially appealing option for all.

Christians love and believe in the importance of marriage. It is a key social institution and is good for the family and for society as a whole. Marriage is a gift from God and a high calling which should be respected and honoured by all. At CARE, we are committed to the view that understands marriage to be the voluntary union between one man and one woman, for life, forsaking all others. While to some this may seem old fashioned, we believe this is the way marriage was intended to be. Right across the globe, many different cultures all recognise the value and significance of the marriage union.

If you look at the available evidence, it clearly shows that marriage is good for children, good for adults and good for whole communities. The wellbeing of those involved in marriage is higher than those who are not. Marriage, therefore, brings with it benefits which go far beyond the fulfilment of romantic love. It teaches commitment at an incredibly deep level which, in turn, produces trust, security and support.

Where marriage is honoured, society thrives. If you look at what has happened in the last decades in the UK, we’ve seen family breakdown grow enormously. The awful reality is that many teenagers are more likely to own a smartphone than have a dad at home. The emotional cost of family breakdown is bad enough. But there is also an economic cost as well. Each year, it is estimated that family breakdown costs in the region of £50bn. This is more than some major Government departments have in their spending budgets.

The result of undermining marriage is the ruination of the family unit. The consequence of this is devastating for young people and their life chances. As Christians we should seek the good of our society. Convinced, as we are, that God’s ways are good for the whole of society, we should support and uphold marriage and the family as God’s better way for society to function.

CARE has been advocating for greater recognition of marriage in the tax system for a number of years. We’ve been producing annual reports for more than a decade. Alongside this work, we have also supported proposals for a Family Test to ensure all domestic policies do not undermine family life. Recent attempts have been made to introduce so called ‘no-fault’ divorce which would make obtaining a divorce even easier. Working with MPs we have raised awareness in the House of Commons on the risks associated with such a move.

Marriage Support — Care for the Family

Marriage resources from Focus on the Family

For many years, CARE has been at the forefront of research on how families fare in the UK tax and benefits system, both domestically and internationally. Here you will find our latest research.

The UK system of independent taxation linked with means tested benefits does not meet the needs of families in the 21st century. The result of decisions made in the 1980s and 90s is that families in the poorer half of the population, including those whose household income is below the widely accepted poverty line, now pay significant amounts of income tax. This timely analysis highlights the burden faced by single earner families and puts into stark relief the need to reform and reframe the way income tax operates in the UK. 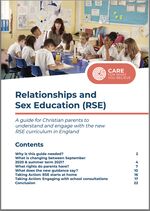 Our latest tax report examines how UK families fare in comparison with their counterparts from the Organisation of Economic Cooperation and Development (OECD) with regard to the overall tax burdens, income tax rates and Effective Marginal Tax Rates they face.

During National Marriage Week 2019, CARE published blogs on marriage and singleness by different members of the CARE team

CARE celebrated National Marriage Week 2020 with the story of Lyndon & Celia Bowring, and blogs on marriage from CARE staff.

The Centre for Social Justice (CSJ) published a review of the Family Test, five years on from its introduction by former PM David Cameron. The report concluded that: “it appears that there is often superficial engagement with the Test and little regard to the five component questions that comprise the Test. We are concerned that in examining responses from departments there seems to be a lack of awareness of the role of family within the policy objectives of each department.”

A review of the Family Test

Lord Farmer and Fiona Bruce MP co-sponsored a private members’ Bill, the Family Relationships (Impact Assessment and Targets) Bill , which would require government departments to publish a ‘Family Impact Assessment’ setting out the impact on families of any policy proposal. The Bill passed the House of Lords and made it to second reading in the House of Commons before running out of parliamentary time.

The Government announced proposed reforms to divorce laws in England and Wales that would remove requirements to show cause for a divorce in the five facts and replace them with a simple notification system. The Government brought forward the Divorce, Dissolution and Separation Bill, however the Bill did not pass all stages before the general election was called.

A private members’ Bill sponsored by Tim Loughton MP and Baroness Hodgson introducing heterosexual civil partnerships into England and Wales was accepted by the Government. The Bill enables the Secretary of State to bring forward regulations that would amend the Civil Partnership Act 2004 to provide for civil partnerships for people of the opposite sex. The Bill states that the regulations must be in force by the end of 2019.

Heterosexual civil partnerships can now take place in the UK, and it is predicted that around 84,000 mixed-sex couples will become civil partners in 2020.

No-Fault Divorce Bill is re-introduced into the new Parliament

The re-elected Conservative Government reintroduced the Divorce, Separation and Dissolution Bill as one of the first pieces of legislation in its new legislative timetable.

According to the latest statistics on British families and households, stronger marriages have led to a dramatic reduction in family breakdown over the last decade. 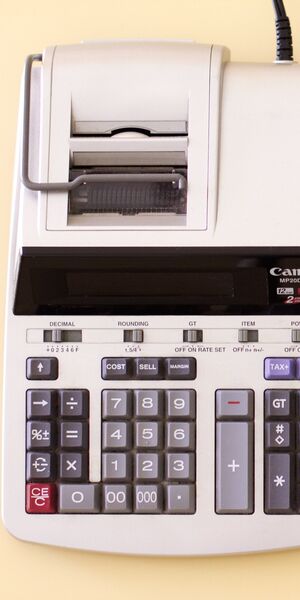 Need help with finances and managing your family's budget?

Christians Against Poverty (CAP) are a national charity, working across the UK to lift people out of debt and poverty. They offer free debt counselling through a network of 260 debt centres based in local churches.

Write to your MP

Find out more about CARE's work on supporting families