Why say no to decriminalisation?

In order to achieve the decriminalisation of abortion, a group of parliamentarians seek to repeal sections 58 and 59 of the Offences Against the Person Act 1861. This would render the Abortion Act 1967 defunct.

Abortion would then be solely regulated by medical law and guidelines, and would be potentially available, for any reason, up to birth.

This would be the biggest change to our abor­tion law in 50 years.

There are many reasons why this is a huge cause for concern, and we must do all we can to stop this change happening.

Even if you support abortion in principle, this radical move goes far beyond our current, already permissive, law. There are many reasons why we all need to stand against this.

Here’s why we must say no to decriminalisation:

Currently, a preborn baby does not have legal status under the law.

However, it is given a degree of status by being protected from termination for any reason and within certain time limits.

Although the law does not recognise a preborn baby's personhood, the fact that it is protected from abortion, save in specific circumstances, gives it a certain value and recognition under the law.

Furthermore, many people believe a preborn baby grows in status as it develops further into gestation, therefore the law gives a baby greater protection once it is viable, which the law currently sets at 24 weeks.

If abortion were decriminalised, this recognition would be gone.

2. This isn’t what the pub­lic want

What we know from polling in 2017 is that only 1% of people actually support abortion up to birth for any reason.

The polling showed that the majority of people, particularly women, support greater restrictions on abortion.

70% of women believe the current 24 gestational limit for abortion should be reduced to under 24 weeks.

Furthermore, 91% of women agree that gender-selective abortion should explicitly banned in law.

This was reiterated in polling in 2018, which found that a total of 67 per cent of women favour either the status quo or a more restrictive abortion regime.

3. Under decrim­in­al­isa­tion, abor­tions could be leg­ally obtained because the baby is a girl or because it has a minor disability

Ground E of the Abortion Act 1967 allows for abortions for ‘serious handicap’ up to birth. In practice, this has been liberally applied. There is evidence that abortions have been obtained for minor disabilities such as cleft palate or club foot. We have moved to a society where people with Down’s Syndrome have been almost eradicated, and now a massive 74% of babies prenatally diagnosed with Down's are aborted in England and Wales.

Under decriminalisation, there will be no need for a medical professional to sign off on an abortion under one of the Grounds of the Abortion Act 1967. This means that abortions can occur on the basis that the baby is a girl, or if it has any kind of disability – no matter how severe. Will we follow Canada, which has been described as a 'sex-selective haven' due to its lack of criminal framework around abortion?

The abuses we see under the 1967 Act at present will not only become more widespread, they will be totally permissable under the law.

4. The cur­rent law is not restrictive

The law on abortion is liberally applied in practice, demonstrated by the fact that there are over 200,000 abortions every year and 98% of these occur for social reasons.

There is also evidence that abortions occur for sex-selective reasons, and for minor disabilities such as cleft palate or hare lip.

In no sense is the current law ‘limited’ and it is misleading to say so.

5. Women are not being made into crim­in­als under the cur­rent law

BPAS, Britain’s second largest abortion provider, have been campaigning for some time for decriminalisation. Their campaign hinges on the idea that women are currently being made into criminals if they have an abortion outside the scope of the law.

However, this is totally misleading. Almost all the prosecutions in the past 10 years have been for third parties who have either attacked or given abortifacients to women without their knowledge or consent, such as the man who slipped abortion pills into his wife’s breakfast. The current law has served far more to protect women than it has to harm them.

There have been only two prosecutions for women in the last 10 years under the current law – both in extreme circumstances when their babies were very late in term.

The law has a stern face but a kind heart. It should send a clear message that regulates behaviour, i.e. that a viable baby should be protected and that abortions should be performed in clinically-directed circumstances only, for a woman’s safety. In practice, it is often held not to be in the public interest to prosecute an individual who acts outside the law.

It is fallacious to claim that women are being regularly criminalised for performing abortions.

MPs initially stated they intended to retain the Infant Life Preservation Act 1929, which makes it illegal to perform an abortion after 24 weeks except under specified circumstances stipulated in the 1967 Abortion Act.

However, it is clear that some of those who support decriminalisation want abortion available up to birth.

BPAS CEO, Ann Furedi, is a highly influential voice in the pro-abortion movement. She does not hide the fact that she believes abortion should be available up to birth. In 2016, she stated: “Let me be very clear: there should be no legal upper limit”

This intention has been echoed by the Labour Party. In their 2019 Manifesto, they made decriminalisation up to birth a manifesto commitment.

The Liberal Democrat party pledged to do the same, but to 24 weeks gestation.

Section 58 of the Offences Against the Person Act 1861 protects all preborn babies. In doing so, it also protects a woman who is attacked or poisoned, and means she receives justice should her baby be killed as a result. Repealing this law would therefore affect all pregnant women.

The law already needs reforming because it is often difficult to prove that a perpetrator intended a baby’s death. Decriminalisation just makes this much worse. There is no explicit offence of forced abortion elsewhere in the law which means that charges will instead be brought solely for injury to the pregnant woman’s body, such as murder, battery, GBH or poisoning offences. It won’t recognise the injury caused to her baby as an extension of her injuries.

8. Decrim­in­al­isa­tion will make it much harder to pro­tect women from coer­cion and abuse.

Reproductive coercion is a common occurrence in Britain. One poll found that 1 in 7 women have been subject to this kind of abuse.

With decriminalisation, the requirement for two medical doctors to sign off on the abortion will be gone. We are already seeing moves towards this, with guidelines suggesting that women should be able to self-refer for an abortion and use remote assessment. There is also increasing scepticism of pre-abortion counselling. How will coercion be adequately identified if women are not coming into contact with professionals at several stages in the termination process? These supposed 'barriers' actually act as safeguards for these women.

Abortion providers are supposed to be trained to detect signs of coercion or abuse, but we know that this does not always happen. By getting rid of the Grounds for abortion under the ’67 Act i.e. making abortion available for any reason, we are perpetuating a no-questions-asked culture around abortion where women are not adequately safeguarded.

9. The crim­in­al law sends a mes­sage about the value of human life

The criminal law has always sought to protect the vulnerable and to uphold the value of life. It only interferes with a person's bodily autonomy when that person could be a harm to themselves or others.

As the current law serves to protect both women and babies, it gives value to the lives of both.

CARE advoc­ates for bet­ter for women and babies

CARE is passionately pro-woman and pro-life: we advocate for both lives in a pregnancy to be protected and for a society where women are genuinely supported.

We believe there is a better way than abortion – a way that truly supports women in unplanned pregnancies, defends those who are vulnerable and have no voice, and is life-giving to preborn babies.

We must work towards a society where women in unplanned pregnancies receive all the support they need. They should be able to work, pursue their education and career, and have emotional and practical help. Decriminalisation will not achieve greater equality for women – supporting a permissive abortion culture entrenches these inequalities.

We can respond uniquely to our mandate to uphold the value of human life as Christians.

Let's reject decriminalisation, and instead call on our elected representatives to offer services that provide greater support to pregnant women and families, to address the root causes of abortion, and to protect the lives of preborn babies.

It’s time we changed the con­ver­sa­tion on abortion. 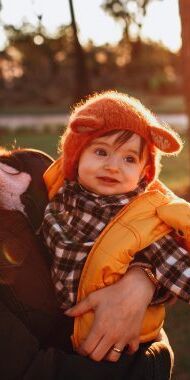 Become an advocate for women and babies. They need your voice more than ever.