Liam McArthur MSP has launched a public consultation in Scotland on proposals for a new Assisted Suicide Bill.

It's called the Assisted Dying for Terminally Ill Adults (Scotland) Bill consultation and it will run until 22 December.

The easiest way to respond is by filling in this online form directly.

Hard copy responses should be printed and sent by post to: Liam McArthur MSP, Scottish Parliament, Edinburgh, EH99 1SP. The consultation document itself can be read here.

Below, you'll find our guide to help you respond accurately and effectively. This should take approximately 5-10 minutes of your time.

Don't forget, you'll need to click on this link to open up the online consultation form. The best thing to do is to keep it open in another window and refer back to this page.

Q1: make sure you tick the first box ['an individual']

Your views on the proposal

In terms of explaining the reasons for your response in the box provided, you may wish to mention some of the following points:

Q2: We suggest using this box to say that you do not believe legislation is required and that more investment in holistic palliative care would be the best means of achieving dignity in dying.

Q3: We suggest selecting ‘Fully opposed’. If you wish to add anything in the box, you could make the point that diagnosing a terminal illness and ensuring the decision is wholly voluntary are of necessity problematic to determine with a sufficient degree of certainty.

Please use the box provided to make the point that any supposed safeguards would inevitably be eroded over time as has happened elsewhere, either in the Courts or by Parliament itself. You may also wish to point out that the number of people opting to end their lives would inevitably increase greatly has happened in other countries.

Q5: We suggest selecting ‘Fully opposed’ and using the box to state that such a body would not be required if the legislation were to be abandoned.

Q6: Express concern that conscientious objection, while vital, could be difficult to maintain over time as protections could be eroded by the Courts. The inevitable increase in cases would also place greater demand on medics to participate.

Q7: We suggest selecting ‘a significant reduction in costs’. Please then use the box provided to draw attention to footnote 124 on pages 28-9 of the consultation document where it is conceded that it is cheaper to end life than to provide care. Say that you are very worried that financial pressures may cause many people to feel pressurised into considering assisted dying.

Please use the box to say that the proposals would have a negative impact on the elderly and disabled, to whom the Bill would send a signal that certain lives are no longer worth living. It is also individuals in these categories who are most likely to feel pressurised into considering assisted dying. In the absence of the Bill, such pressure would not exist.

Q9: We suggest selecting ‘No’.

Please use the box to explain that the Bill’s proposals represent the antithesis of “a strong, healthy and just society”. You may wish to draw a contrast between the proposals and the approach to the pandemic whereby the sick and elderly were in fact prioritised for care to protect their lives.

Q10: An opportunity to make any further points.

Please respond as soon as you can

To get our message across, it's vital as many people as possible respond to the consultation. Don't forget to share this page with friends and family.

The final deadline for responses is 22 December, but it's best to respond as soon as possible, while it's still fresh in your mind.

Once again, here's the online form you'll need to submit a response. 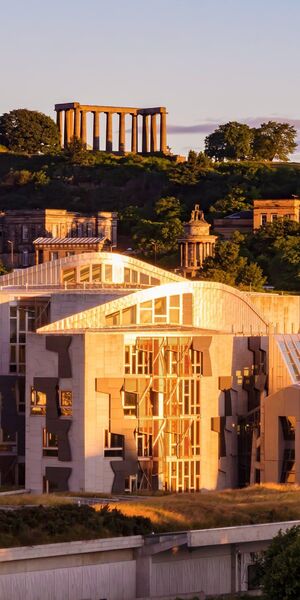 Find out more about our CARE for Scotland team

Find out more about our work in Scotland and how you can best stay informed about what's happening at the Scottish Parliament.