The World Has Changed

The world has changed: there’s no arguing against the point.

When the First World War was over we had to come to terms with the fact that all our thinking about being a race of ‘progress’ had to be discarded. How was it that human progress was taking place if we were creating machines that blasted one another to smithereens? Whatever progress is, surely this is not it. All former optimism had to be put aside because 40 million people had just been lost. “The world will never be the same”, the people said to one another.

A short 21 years on and another World War commenced around the extermination of the Jewish people and precipitated once Hitler had invaded neighbouring countries. 75 million lost people later, and signalled by the Soviets marching through the streets of Berlin in April 1945, the same refrain was uttered: “surely we’ll never be the same ever again?”.

When the people hacked the Berlin wall down in November 1989 in great revelry, the visible symbol of an invisible Iron Curtain had been overcome. Thirty-six years under a crushing communism that filled the vacuum of mainland Europe after WWII came unexpectedly to a shock end. The Age of statism and espionage ground to an abrupt halt. As a result of this the people once again expressed, “the world will never be the same”.

In September 2001, New York City and Washington DC were getting on with their frenetic business. Out of the blue, planes were overtaken and ploughed into the Twin Towers of New York City and the Pentagon. 2,977 people were lost in these terrorist efforts by al-Qaeda. 9/11 as it’s now known was spoken of as “a day that has changed the world”.

Since January this year, COVID-19 has worked its way from China across the globe, and is systematically ravaging many thousands of lives as scientists and doctors strain to care for the ill and dying. There’s nothing that the world’s journalists are focussed on for the next months other than different angles on this common enemy. Yet again in this present darkness people are beginning to say, “the world will never be the same.”

Followers of Jesus, on the other hand, view the world entirely differently.

There is only one event that has taken place in world history which will always shape things prospectively – that God himself, who transformed himself into a real man, lived with us, taught us, showed us how to live, and was ultimately executed by jealous paranoids.

Later on he broke free from death’s powerful grip as a renewed and raised human being. This is the real game changer. There is no other scenario past or yet to come that we can truly say has changed the world other than the life, death and resurrection of Jesus of Nazareth.

By saying this we undermine in no way the stress of Coronavirus, but we reframe it rather by placing its current growth in light of the man we call ‘the Christ’. Only when we grasp this story do we view life as God intends. His message to us today is: ‘take courage; I have conquered the world!’ (John 16.33). 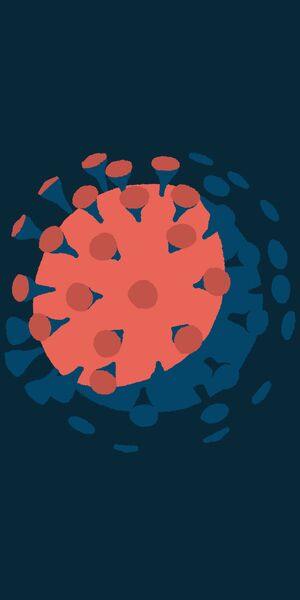 Here you will find resources, blogs and practical tips on the coronavirus to equip and inspire you in these uncertain times.