Yesterday Labour MP, Sarah Champion secured a debate in Westminster Hall to address how our current laws on prostitution in the UK are failing to deter traffickers, have not kept pace with technology and crucially, they do not protect victims.

MPs from across the House spoke about the inherent harm of prostitution. MPs heard how a high number of women in prostitution are estimated to have started being paid for sex acts before they were 18. Another study was highlighted, showing a significant number of the women had spent time in care, and many had previously experienced sexual abuse.

“[Prostitution] is more accurately viewed as one of the most enduring forms of exploitation. It has been my privilege to meet and talk with several women who have lived through prostitution. The stories they tell of being treated as an object or commodity, and of feeling that they had no choice but to sell sex in order to survive, are a sobering contrast to the fictional glamour in the popular myths surrounding the industry.” – Fiona Bruce MP (Con).

To end sexual exploitation, you must end demand

“How to combat demand is not a big mystery. As with any other form of violence against women, it starts with the law sending a clear signal that exploiting someone by paying them for sex is never acceptable, and that those who do will be held to account.” – Gavin Shuker MP (Lab).

MPs urged the Government to follow in the footsteps of Sweden, Norway, Iceland, Canada, Northern Ireland, France and the Republic of Ireland to introduce a law to criminalise the buyer of sex. Evidence from Sweden, the first to introduce such a law, showed it has been successful in driving down demand for paid sex and made the country a hostile place to traffickers.

Northern Ireland, as part of its Human Trafficking and Exploitation Act introduced this law. Sarah Champion pointed out: "It is already in operation on UK soil. We urgently need to extend this legislation to the rest of the UK.”

“There are clear links between human trafficking and commercial sexual exploitation, and Europol representatives have suggested that the trafficking of human beings, particularly women and girls, has increased in countries where prostitution has been legalised. I do not believe for a single second that such measures go far enough, which is why I advocate doing more, and not only in Scotland but across the UK. We should be led by the example of Northern Ireland and the Republic of Ireland, which have taken swift action in this regard.” SNP Frontbench Spokesperson Angela Crawley MP.

Similarly, the Labour Frontbench urged the Government to take action.

Sarah Champion closed by highlighting the following three points with Victoria Atkins MP, who was representing the Government in the debate.

Victoria Atkins responded by explaining that the Government is currently carrying out research into the scale of prostitution in the UK, which is due to conclude next year. Victoria Atkins committed to writing to Sarah Champion to set out the Government’s position on her final three questions.

“It was great to see MPs across the House not only speak about the inherent harm of prostitution but are committed to see the law change to criminalise the purchase of sex in Britain.

“Introducing laws to criminalise the buyer of sex targets the inequality, harm and exploitation that is at the heart of prostitution. It also holds those who drive it – the buyers – accountable for their actions. Sweden, Norway, Iceland, Northern Ireland, Canada, France and the Republic of Ireland have all introduced such laws. It’s time for England and Wales to follow suit.

“Whilst CARE commends the Government on the research it is carrying out, knowing the scale and nature of prostitution will not help tackle the demand for paid sex in Britain.

“The Government should follow the evidence from Sweden, the police, NCA and women who have been rescued from trafficking, and introduce a law to criminalise the purchase of sex”

CARE will continue to press the Government to bring forward legislation that protects the most vulnerable women from commercial sexual exploitation.

To read the speeches from the debate click here.

To follow the All Party Parliamentary Group and the work it is doing on prostitution and the global sex trade click here. 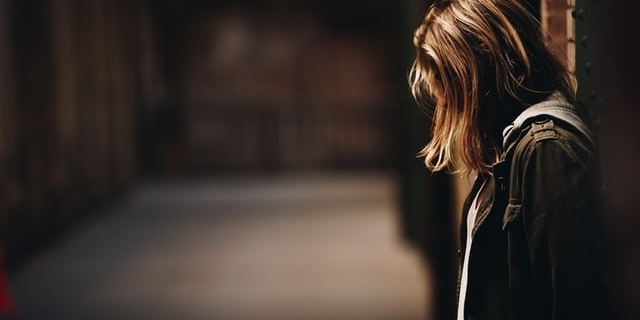