Our work on religious liberty

The Equality and Human Rights Commission (EHRC) has previously considered the mechanism of reasonable accommodation in its guidance for employers. However, it has more recently advocated against the use of this mechanism and found in a 2016 report that the existing model addressing indirect discrimination and the balancing of rights in the workplace was sufficient. The EHRC considered that there was nothing in the law to prevent employers from accommodating religious belief voluntarily. However, such a voluntary model would introduce uncertainty regarding employees' rights and discrepancy of approach between different workplaces.

CARE has strongly argued against this position and recently made a submission to the Joint Committee on Human Rights demonstrating the inadequacies of the EHRC’s stance and the need for a formal mechanism to be put in place.

The current informal approach to religious discrimination in the workplace creates discrepancies in outcome. There is a lack of certainty as to which individuals will be granted accommodation and which will not, even if their situations are analogous. Introducing a formal mechanism would avoid this uncertainty and provide consistency in approach, ensuring religious beliefs are not arbitrarily limited.

The JCHR concluded in their report that the Government should introduce a legal test to ensure freedom of religion and conscience are reasonably accommodated and to protect the right to freedom of belief.

In October 2015, the Government released its “Counter-Extremism Strategy.” However, as extremism is not defined in the document and the strategy does not focus exclusively on violent extremism, the proposed strategy is highly problematic. The strategy focuses on promoting so-called “British values” in an attempt to defeat violent and non-violent extremism. However, as the “British values” include the commitment to quality and tolerance, this is often erroneously interpreted as accommodating an obligation to promote equality for the price of religious freedom and living in accordance with religious values. Consequently, such an approach targets religious communities.

The strategy proposed a new mechanism of “Extremism Disruption Orders” (EDOs) that would allow the police to apply to the High Court for an order restricting “harmful activities of the most dangerous extremist individuals.” However, without a clear definition of extremism and without focusing on violent extremism only, such a proposal is a slippery slope leading to targeting religious groups that may have views erroneously seen as contrary to the “British values.”

The Government’s strategy for countering extremism is constantly evolving. We support the initiative to tackle extremism, but care and nuance is required in order to protect freedom of religious belief.

CARE is committed to upholding the centrality of family life. Changes to Sunday Trading have a direct impact on this as they negatively affect ‘time off in common’.

CARE was part of the Keep Sunday Special Campaign that opposed the initial change in the law back in 1994, along with representatives of trade unions, churches, political parties, private businesses, other faiths and those of none. 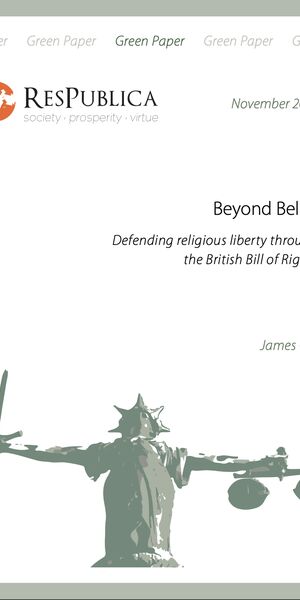