We believe strongly in the freedom for all religious groups to proclaim their beliefs in the public square. However, in recent years we have seen the Christian voice being marginalised with many concerning restrictions on Christian freedom of speech. CARE campaigns in Westminster and the devolved Parliaments to safeguard Christian civil liberties.

Christian freedom, we believe, is not merely liberty to believe what we wish, but also liberty to live our lives according to our faith, meet with other Christians and share the good news. When religious freedom is threatened it becomes more challenging for Christians to do these things.

Join us in working for freedom for all to manifest their faith, and for Christians to be at liberty to live out their lives according to their faith – without fear of recrimination.

The right to freedom of religion or belief is a fundamental human right protected by international, regional, and domestic law provisions. It is a human right that goes beyond recognising human beings as political and economic entities. Indeed, religion and belief set up moral foundations for our everyday lives and prescribe certain behaviours. Religion further affirms that there is a higher authority than the Government and so sets up moral limitations to its work.

Religious liberty is beneficial for all communities. Indeed, the public service and contribution of religious groups to their communities has been remarkable for many years. Nonetheless, the place for religion and the manifestation of religious belief in the public square is increasingly circumscribed and in a way that is causing increasing concern. This has an adverse effect not only on those who wish to enjoy their religious liberty, but also those who benefit from services provided by religious groups (predominately on a voluntary basis). Hence, the right to freedom of religion or belief must be protected not only because it is a fundamental human right, but also because of the positive impact of the right to freedom of religion or belief on communities.

Religious opinion is becoming more marginalised in the public sphere and there are stronger pressures to conform. These pressures stem primarily from equality laws, measures to address extremism, and hate crime laws. The pressures are twofold: firstly, on employees to facilitate in the course of employment that which is contrary to faith. Secondly, there are also pressures on service providers to facilitate activity which is contrary to faith in service provision.

Christian freedom, we believe, is not merely liberty to believe what we wish, but also liberty to live our lives according to our faith, meet with other Christians and share the good news. When religious freedom is threatened it becomes more challenging for Christians to do these things. CARE continues to fight for everyone, regardless of faith, to enjoy religious liberty in our nation, and we continue to advocate for the right to freedom of speech for all – an essential foundation of any free and democratic society.

Beyond Belief: Defending religious liberty through the British Bill of Rights 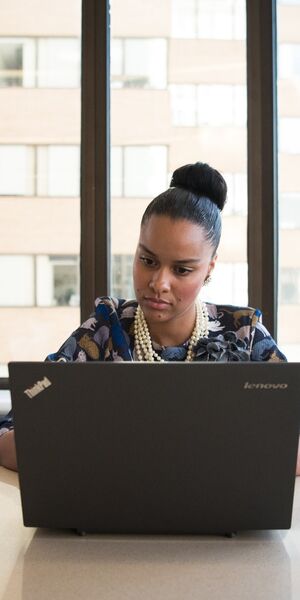 Find out more about our work on religious liberty, and upcoming challenges.

Q&A: The Gender Recog­ni­tion Act and Self ID

The Scottish Government has proposed changes to how a person can legally change gender. This Q&A explains what those changes are and why they're so controversial.

The UK Government launched a consultation on banning conversion therapy in England and Wales. CARE submitted a response in which we called for a proportionate ban. Banning genuinely harmful medical practices is right and we support this. However, the lack of clear definitions raises questions about the impact any ban could have on religious liberty, free speech and regular church activities.

Free Speech and the Law

What exactly does the law say in regards to free speech? Click below to find out more. 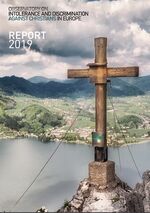 The Observatory’s task is to analyse the situation for Christians in Europe.The report highlights how Christians experience blatant discrimination through hate crimes, such as bias-motivated offences against Christians and attacks on places of worship.

The GPhC launched its new guidelines which, despite previous suggestions to the contrary, affirmed a pharmacist’s freedom of conscience.

In practice: Guidance on religion, personal values and beliefs

The Commission on Countering Extremism was established

The Government established the Commission to review the 2015 Counter-Extremism Strategy and propose a definition of extremism.

Prime Minister appointed a Special Envoy on Freedom of Religion or Belief, “to promote the UK’s firm stance on religious tolerance abroad, helping to tackle religious discrimination in countries where minority faith groups face persecution.” Despite the fact their mandate does not extend to domestic issues, it is a positive sign of the Government’s willingness to promote and protect the right to freedom of religion or belief.

The report recommended the Government consider introducing a legal test to ensure claims of conscience and faith are reasonably accommodated within the wider human rights framework.

Christians in the UK Today Inquiry

A cross-party group of 20 Parliamentarians established an ad-hoc inquiry into the situation of Christians in the UK today. The inquiry conducted several witness hearings and a public consultation to explore the experiences of Christians living in accordance with their religious beliefs in the UK.

The Supreme Court found in favour of the bakery recognising that the bakery did not discriminate against the person ordering the cake but relied on their right not to be compelled to produce messages that are contrary to their beliefs.

The Government announced the Prevent review

After calls from several actors and the Joint Committee on Human Rights, the Government announced that it would review the Prevent strategy and conduct a public consultation to hear from affected communities. This gives an opportunity to ensure that any issues can be addressed, especially where the Prevent strategy curtails human rights.

The Court of Appeal confirmed the analysis of Ouseley J in that the Prevent strategy’s duty guidance does not apply to non-violent extremism where there is no risk of people being drawn to terrorism.

The Commission on Countering Extremism published its report criticising the Government’s strategy on countering extremism and called upon the Government to amend it. The report further proposes a new approach to focus on ‘hateful extremism’, a new concept not yet defined or fully understood.

Fiona Bruce became Member of Parliament for Congleton in 2010. Before 2010 Fiona practised as a solicitor, setting up her own business, the law firm Fiona Bruce & Co LLP, based in Cheshire. She has focused in Parliament on championing individual freedoms and human rights, both in this country and abroad, including the right to freedom of religion or belief.

The Hate Crime and Public Order (Scotland) Bill was introduced in April 2020. It aimed to repeal centuries old blasphemy laws and introduce new 'stirring up offences'. From the outset, it was criticised by MSPs, campaign groups like Free to Disagree and CARE for Scotland. While some improvements were made to the Bill along the way, it was passed with serious free speech concerns unaddressed. In the end, it was approved by 82-32, with four MSPs abstaining.

Join us in praying for religious freedom in the UK and around the world.

Write to your MSPs