The Bible teaches us that times and seasons are in God's hands. We are called to trust Him, whatever happens. With the coronavirus pandemic continuing to make its presence felt all over the world, God calls us to stand firm and above all to pray for governments, for our neighbours and for our nation.

Our vision is to point people to God during this time so that they might trust Him and find comfort and encouragement from His word. The resources included here are intended to equip and inspire you all in these uncertain times to pray without ceasing, asking God to be merciful to our land, our neighbours and to our families.

In 2020, our lives were disrupted in completely unprecedented ways by the novel coronavirus, Covid-19.

During this time, the Parliaments and Assemblies of the UK have sought to introduce measures to combat and control the pandemic.

The UK currently has different approaches to tackling the virus in England, Scotland, Wales and Northern Ireland.

From late March to July 2020, most of the UK was in a strict lockdown, under a ‘stay at home’ order. Then, from July 2020 onwards, at different speeds, the four nations unlocked. In England, a tier system was introduced for different regions and cities where the virus was still more prevalent.

In November 2020, England went into another lockdown and Christmas plans were dramatically affected after the 'Kent variant', known as Alpha was identified. Also On 8 December 2020, 90-year-old Margaret Keenan received a Pfizer-BioNTech vaccine at University Hospital in Coventry, administered by Matron May Parsons. Margaret was the first person in the UK to receive a vaccine.

In early 2021, the Prime Minister announced a road-map for England with other devolved administrations adopting modified versions. There were four steps, with the last one being reached in July 2021. This is where nearly all restrictions were lifted. In between step 3 and 4 of the roadmap in England, a new variant emerged which became known as Delta. This quickly became the dominant variant across the UK.

However, months later, a new Covid-19 variant was first identified in South Africa. Now it’s known across the world as Omicron. It seems to have a significant transmission advantage over the previous dominant variant called Delta.

In response, the UK Government and devolved administrations have accelerated a booster programme, aiming to offer all adults a booster vaccine by the end of December. Below you’ll find the latest guidance and advice on restrictions across the four nations of the UK. The latest guidance for places of worship is included as well.

England has moved to Plan B in response to the risks of the Omicron variant.

Places of Worship in England

Read the latest UK Government guidance for safe use of places of worship in England.

Read the latest advice from the Scottish Government.

On 21 December, the First Minister announced new measures post-Christmas Day. They include large-scale Hogmanay celebrations are to be cancelled and live sports will effectively be 'spectator-free' for three weeks from Boxing Day.

Places of Worship in Scotland

Read the latest guidance for places of worship in Scotland.

Read the latest from the Northern Ireland Executive here.

Places of Worship in Northern Ireland

The latest guidance for places of worship in Northern Ireland can be read here.

Details of the latest advice from the Welsh Government can be accessed here.

Places of Worship in Wales

The latest advice for places of worship in Wales can be found here.

Below you'll find a range of additional, spiritual resources to help us to obey the command we're given in Hebrews 12, to fix our eyes on Jesus and to keep running the race set before us.

Find all the latest advice and guidance from the Government

Devotionals & Prayers by the CARE team

Love in the Time of Coronavirus: A Guide for Christian Leaders | Andy Crouch for Praxis Journal

Coronavirus: From fear to faith in 5 easy steps | Premier Christianity

The Humbling of Civilization: Praying for the Mercy of God | Albert Mohler

Running Towards the Plague | Think Theology

Here are some helpful resources to help you navigate through this crisis.

Watch daily devotionals from CARE's James Mildred on our You Tube channel and on our main Facebook page. We hope these will inspire and encourage you during lockdown.

10 Ways to Pray for Coronavirus

As part of our 'Ten Ways to Pray' series, here are ten prayers about the Covid-19 pandemic which we hope you will find helpful and inspiring.

CARE's Michael Veitch writes about the only place we can put our trust when everything else in the world feels so uncertain.

In this Podcast, Tim and John Wyatt discuss the rise of the Omicron variant and the many questions that this raises.

Vac­cine Pass­ports — A Step Too Far?

In this article, Malcolm Duncan explores how we respond to the potential of mandatory Covid-19 vaccination certificates.

Professor and former Consultant in Neonatology John Wyatt has gathered some resources on the ethical issues surrounding Covid-19, and he helpfully answers FAQs around the Covid-19 vaccine.

The Gospelbound podcast by The Gospel Coalition

In this podcast, John Lennox explores how to trust God in a world of pain, suffering, and the coronavirus.

As the pandemic lingers longer than any of us anticipated, Clarke outlines the seven things Christian healthcare workers would like you to know.

Where is God in a Coronavir­us World?

In this short yet profound book, Oxford Professor John Lennox examines the coronavirus in light of various belief systems and shows how the Christian worldview not only helps us to make sense of it, but also offers us real hope to cling to.

A book by John Piper

In Coronavirus and Christ, John Piper offers six biblical answers to the question, What is God doing through the coronavirus?—reminding us that God is at work in this moment in history.

A crowdsourced index of useful digital communication tools for church leaders, communications teams and church staff to refer to during the coronavirus outbreak.

Think­ing about wheth­er or not you should receive a Cov­id-19 vaccine?

In this article, Rev Malcolm Duncan, Lecturer and respiratory nurse Debbie Duncan, and Prof Chris Shaw explore the ethics of Covid-19 vaccines, and seek to articulate a Christian response to the moral dilemma presented by taking vaccines developed using foetal cell lines from an aborted baby.

The Gospel Coalition have produced a series of blogs and articles, with practical advice, personal reflections and helpful encouragements.

This page contains prayers and intercessions for personal or group use, special prayers for use if it isn’t possible to meet in church, and a simple form of prayer for the morning and evening, which can be downloaded, printed, and shared with those remaining at home or who are unable to access the Internet.

Watch daily devotionals from CARE's James Mildred on our YouTube channel and on our main Facebook page. 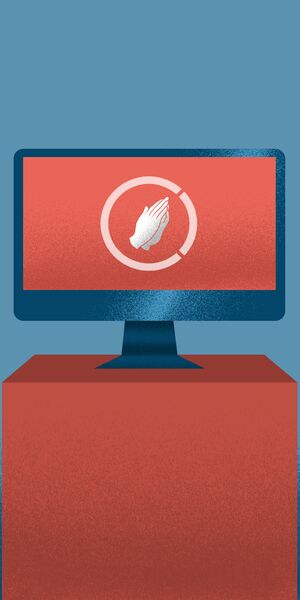 Ten Ways to Pray about Coronavirus

Join us in praying for our nation, our governments and our neighbours during the Covid-19 pandemic.