Contact your MLAs about the NI Abortion Disability Bill

At CARE NI, we long to see a society where abortion is unthinkable. We were devastated by the change that took place to our abortion law last year, and we’ve been praying and working tirelessly towards overturning this.

We need your help.

In Northern Ireland, it is currently legal to abort a baby with a non-fatal disability, such as Down’s syn­drome, club foot or cleft palate, right up to term — around 40 weeks.

A new Bill has been introduced to the Northern Ireland Assembly that will put a stop to this discrimination.

This Bill will make it illeg­al to abort a baby after 24 weeks on the basis of non-fatal disabilities.

Sponsored by Paul Givan MLA, the Severe Fetal Impairment Abortion (Amendment) Bill echoes the vote that took place in the Assembly last June, where 75 out of 90 MLAs voted to reject the part of the Westminster imposed law which discriminates against non-fatal disabilities.

It builds on the brilliant campaigning by disability discrimination campaigner Heidi Crowter.

This is a cru­cial first step in reclaim­ing our life-affirm­ing laws.

There will be many other subsequent steps to push back against the horrific abortion law imposed by Westminster, and we look forward to working with you on them in the near future.

For now, we urge you to stand with us and take back the ground Westminster has taken from us by imposing these horrific laws.

How can I help?

Please stand with us and write to your five MLAs, urging them to speak and vote in favour of the Bill at the Second Reading debate, which could happen within weeks.

Here are some suggested points to make:

The following points are just suggestions. Please use your own words and feel free to add anything you feel is appropriate.

Please write to your MLAs and ask them to speak and vote in favour of the Severe Fetal Impairment Abortion (Amendment) Bill at its Second Reading in a couple of weeks. 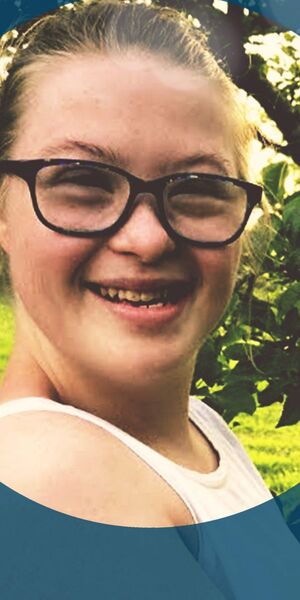 Hannah Wilson is from Enniskillen, Co. Fermanagh, Northern Ireland. She has a brother, a sister and lives with her Mum and Dad. She also has Down's syndrome.

In this short interview, Hannah explains why she's supporting Paul Givan's Bill at the Northern Ireland Assembly to stop abortion to birth for preborn babies with disabilities like Down's syndrome.

Why we're supporting this Bill

At CARE NI, we’re fully supporting the Bill and here’s why.

Find out more about the current law on abortion in Northern Ireland.

Our God hears and answers prayer! James 5:16 reminds us that the prayers of God's people are powerful and effective. Please join us in praying that MLAs will vote in favour of this Bill and it will pass its Second Reading.